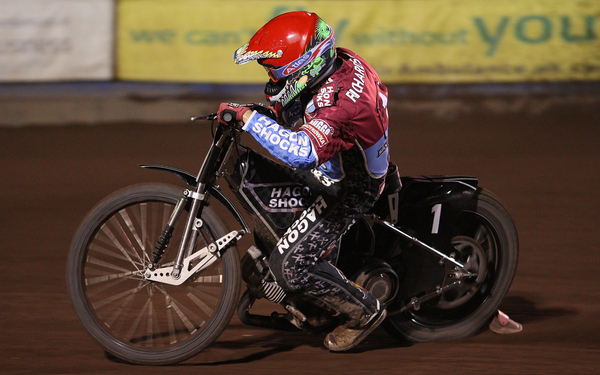 The Lakeside Hammers Captain, Lee Richardson, is counting the days down to the start of the Speedway season and targeting an early return to the number one team berth as he looks forward to racing in an Essex based team with two new signings, Peter Karlsson and Davey Watt.

Richardson commented: “When I met up with Jon (Cook – The Hammers Co Promoter) in November he told me the Club’s main aim in team building was to sign a recognised heat leader and he mentioned both PK (Peter Karlsson) and Davey (Watt) as possible targets and to now have them both in the line up is a real bonus and gives us an excellent chance of going into the latter stages of the season with a real opportunity of success in two legged meetings, where we have fallen short in the past.”

Lee continued: “I know both the Peter and Davey well and I am sure we will have a friendly rivalry all season long for the No.1 spot and I am determined it will be mine again when the first Green Sheets come out. That can only be good for all three of us and I am sure away from being top dog we can also lend our experience to Kim (Nilsson), Robert (Mear), Justin (Sedgmen) and Richie (Worrall) when needed. It’s really a season I am looking forward to immensely”.

The Hammers have also announced the 2012 admission prices, which see the first rise since 2010 with prices brought into line with most Elite League clubs. The prices are: – £17 for Adults, £14 for OAPs, Students and Disabled, £12 for Unemployed and 17 to 18 year olds and £3 for kids (aged 6 to 16 years inclusive). Children aged 5 years and under will be admitted free of charge. The ‘Kids for a Quid’ promotion will again run during the summer holidays and programmes will remain at £2.50.