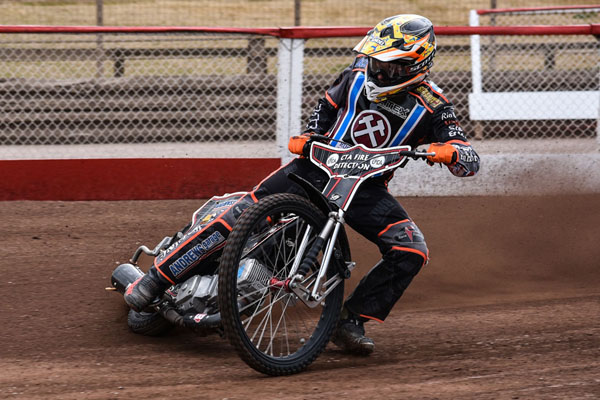 LAKESIDE have secured the services of Nathan Greaves for their meeting against Cradley at Monmore Green on Monday (7.45 approx).

It means the Vortex Hammers will now have a full 1-7 with Greaves standing in for Zach Wajtknecht who is on SGB Premiership duty with Swindon.

Greaves won the National League title with the Heathens in 2013 and 2014 and also rides for Wolverhampton in this year’s top flight.

The Hammers kick off their National League season against a side that has had mixed fortunes so far, thrashing King’s Lynn Young Stars and beating double champions Birmingham before disappointments against Mildenhall and at Eastbourne.

And Morley believes going for the jugular is the best option as the skipper looks to inspire a winning start.

“You have to look to hit them hard early,” said Morley. “We have a few meetings under our belts now and I feel we have been in good form.

“We have done a fair bit on smaller tracks, at places like Eastbourne and at home, so the preparation has been ideal. Hopefully, we can dial in straight away.

“If we can keep performing like we have in the past few meetings, there is every reason to think we can come away with a win.

“It has been good so far. Whenever anyone has had a duff ride someone has been there to pull one out of the bag, Alfie (Botwell) has stepped up a few times.

“People are generally scoring points all the way through and it gives you confidence when you know that’s the case.”

The Hammers will run rider replacement for Zach Wajtknecht, who rides for Swindon, with Cradley at full strength for a meeting that follows Wolverhampton’s Premiership clash with King’s Lynn (6pm).

Fans can take advantage of one fixed admission price for the double header. Supporters who only want to watch the Heathens meeting can enter through a separate turnstile, which opens at around 7.15, where normal Cradley admission prices apply.

Wolverhampton and Cradley will be selling their own programmes containing racecards for both meetings.

WOLVERHAMPTON admission prices to include both meetings