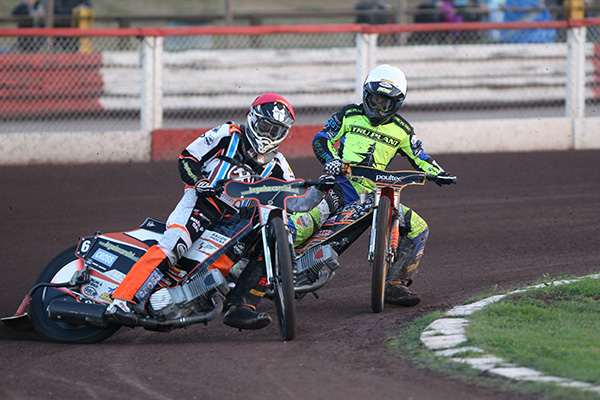 Lakeside can move to the top of the Championship if they beat Workington at home on Friday (8pm).

The Hammers are on a terrific run of form having lost just one of their last eight fixtures in all competitions.

And their performances at The Arena-Essex Raceway have been immaculate with no visiting side able to earn anything for their efforts so far.

But with Workington including the likes of British sensation Dan Bewley, former Danish international Nicolai Klindt and in-form Aussie Ty Proctor, Hammers team boss Will Pottinger is anticipating one of their biggest challenges to date.

“They’ve had some excellent away wins at Peterborough and Glasgow recently so we’ll need to be in top form to remain unbeaten at home,” he said.

“From our own point of view though, I’m very encouraged to see us already in second position in the league table.

“There have been positives from all areas of the team but we’ll be relying on another solid team performance as Workington could be our toughest test of the season so far.”

Flying Zach Wajtknecht has earned promotion into the main body of the team following a recent change in the averages and will ride in the No.2 position.

Meanwhile Ben Morley, who has dropped to reserve after being overtaken by Wajtknecht, will miss Friday’s clash through a wrist injury sustained in a shocking crash during last week’s win at Redcar. Ipswich and Coventry ace Connor Mountain has been booked to guest in his place.

250cc and 150cc junior heats will take place before the main action and will start at 7.20.  The main meeting parade is scheduled for 7.45pm with the first race at 8pm.

Admission Details:  (Pay at the gate (cash and cards accepted)