The Morning After Feeling 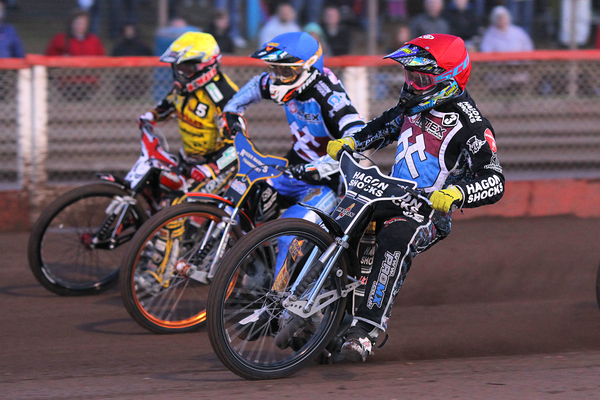 The Vortex Hammers Co Promoter Jon Cook repeated his praise of the Coventry team as the Club wake up to the Sunday morning reality that the job of Play Off qualification is now a very tough one.

Cook states: “Firstly let’s get one thing clear, I don’t lay any blame at all on the track conditions, rain before the start of the meeting is unfortunate but it’s a too ready an excuse to hide behind.

“Last night we were outgated time and time again and were behind before we even reached the first turn so conditions after that point were secondary and Coventry deserve fulsome praise.

“They are the team to beat as I now see it with strength from 1-7 and with a head of steam. Our riders need to adapt not complain and the exceptional performance of Kim Nilsson, who the previous evening by his own admission was woeful, proved the point as, of all the team, Kim would probably be the one who most revels in our normal slick conditions.

“We now have five Cup Finals, two against our opponents for fourth place, and the boys need to show they have the heart and commitment for the Club that week in week out our off track staff and supporters show. Unlike the riders our fans don’t have another club to support tomorrow or our staff another track to build.

“This is our everything. Of course, qualification is our season’s goal. Going out fighting rather than with a whimper is acceptable, last night was not.”