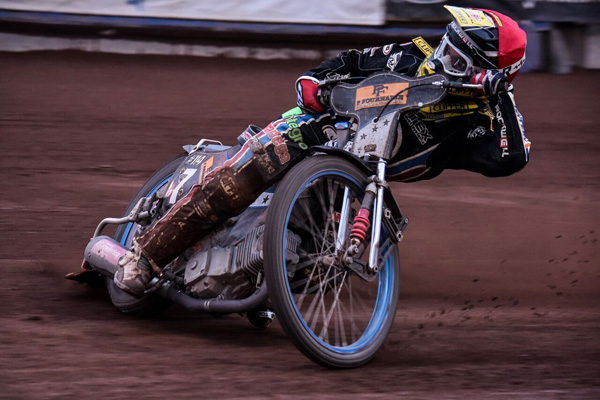 It was a night of tough breaks for the Hammers with Richard Lawson and Edward Kennett dropping points following errors at crucial times.

The hosts, reduced to six men with number-one Andreas Jonsson out injured, still led by four points after 12 heats but the Aces needed no second invitation to claim three straight maximums to win 49-41 at the Arena Essex Raceway.

Lakeside only mustered four chequered flags all night and having lost by 10 and 34 points respectively in two visits to the National Speedway Stadium in the regular Elite League season, Cook knows the odds are stacked against his side.

“Those last three heats killed us off,” said Cook. “After going from four up to eight down like that, it would take a foolish person to back us to recover.

“Before that, the teams were pretty evenly matched and we felt we had a slight edge.

“I think the wobbles were more to do with the track than any nerves. There was tension, of course, but you would expect that to be the case for both teams and our boys were in good spirits.

“I don’t think you can blame the riders at all. They did everything they could and scored paid seven from AJ’s first three rides but we couldn’t carry that through to the end and got found wanting.

“It will be difficult to come back but speedway is a funny game. You would think Belle Vue might be quite relaxed and we need to be ready to take advantage if that happens.

“Without a doubt, the boys will give it their best shot in the second leg. We are not giving up.”

Coventry’s Krzysztof Kasprzak will guest for Jonsson in the away leg.