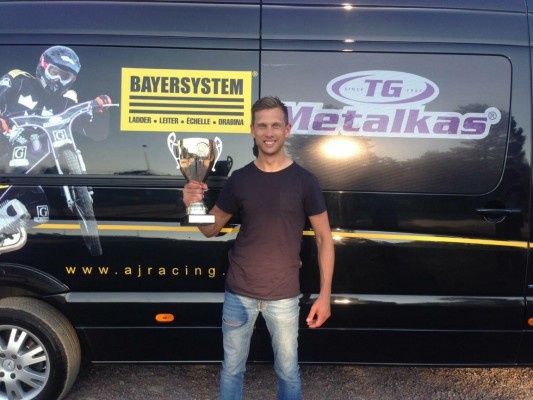 The Vortex Hammers No.1 roared to victory with a classy display, whilst team-mate Kim Nilsson joined him on the rostrum in third place.

Jonsson top scored in the qualifying heats with 13 points, whilst three races wins for Nilsson early on saw him join him directly in the final on countback.

The decisive race had to be rerun after a crash for former Hammers rider Peter Ljung – but Jonsson held his nerve in the rerun to come out on top.

It was a superb performance from the Grand Prix star to warm up for Tuesday’s Monster Energy FIM Speedway World Cup Event Two in Vastervik.

It was also a pleasing night for Nilsson to continue his recent good form. The pair will be back in Lakeside colours as they travel to Belle Vue on Wednesday, August 3 (7.30) before hosting the Aces at the Arena-Essex Raceway on Friday, August 5 (8pm).