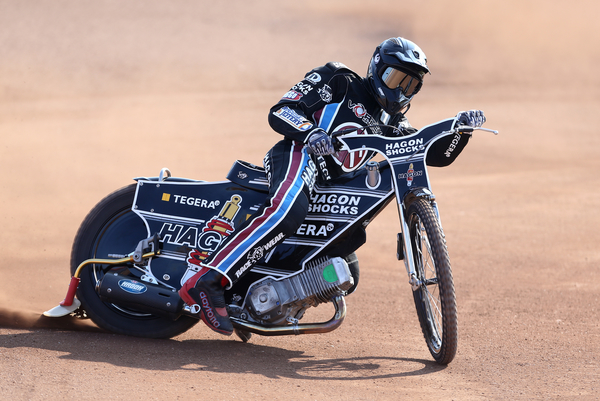 A big crowd turned out at the Arena Essex Raceway to see members of the 2016 squad on track for the first time alongside a number of ex-Hammers.

Six-time Swedish Champion Jonsson pulled off four wins from four programmed rides to reach the Grand Final. Fellow team-mates Richard Lawson, Kim Nilsson and Piotr Swiderski also reached the final stage of the night, but it was Jonsson who stole the show.

A smart move on the third lap of the Grand Final saw Jonsson get the better of Lawson to seal a five ride maximum for the 35-year-old.

While he was happy to see Jonsson complete a perfect display, Hammers Development Coach Kelvin Tatum was encouraged by the performance of the rest of the Hammers riders ahead of next week’s home and away Elite League clashes against King’s Lynn.

“Tonight was mainly about the team getting some laps under their belt and blowing away any remaining cobwebs,” said Tatum. “They’ve done that now and there were plenty of encouraging signs from all members of the team.

Andreas Jonsson’s attitude and determination to succeed this year is outstanding and he was very inspiring to watch this evening. 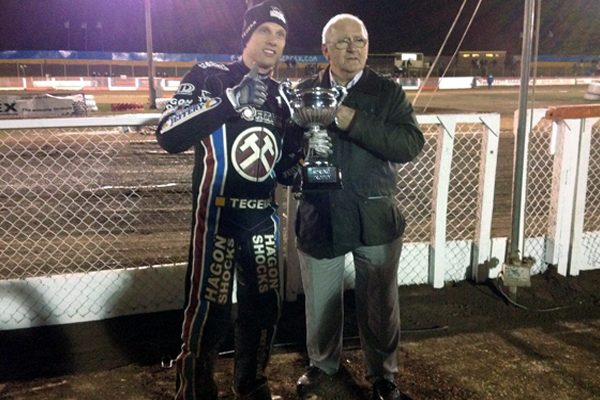 It was good to see three other members of this year’s team ride really well and reach the Grand Final and that will put them in confident mood ahead of next week.

Lewis Bridger and Lewis Kerr have both been off the bike for a while and you could sense their nerves early on, but the experience of racing competitively again tonight will have done them both the world of good. I have to give a special mention to Dennis Jonsson also – he did catch the eye in a couple of his rides and it will be interesting to see his development over the course of the season.”

Thanks to @lakesidelive for heat updates.