Alfie shines in U21 Final 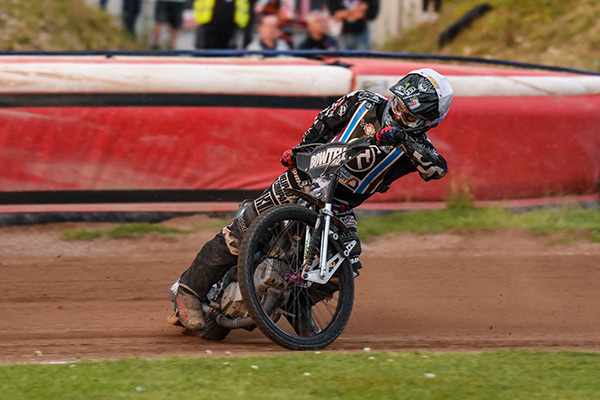 Hammers reserve Star Alfie Bowtell reached the semi-final of the British U21 final, following an impressive display at Berwick’s Sheildfield Park Stadium.  The Essex based racer finished with 12 points in the qualifying heats, before sliding off on the 3rd bend of the 1st lap of the semi-final.

The Hammers other reserve Zach Wajtknecht suffered a mixed night, with a crash and an exclusion in his final ride ultimately halting his progress through to the Semi-final.  Robert Lambert was crowned U21 Champion following a flawless qualifying maximum and a tapes to flag victory in the grand final.