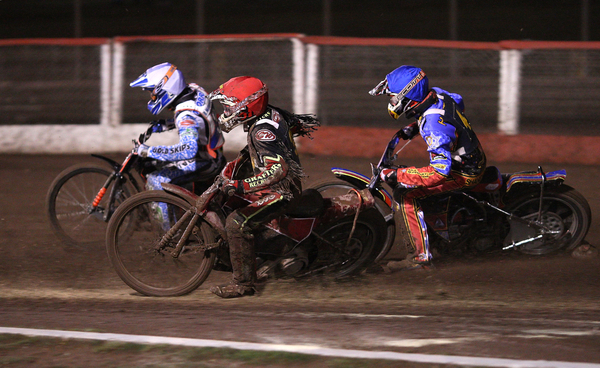 The Managements of Ipswich, Kings Lynn, Lakeside, Mildenhall, Peterborough and Rye House are delighted to announce the reformation of the Anglian Junior League.

First staged in 1978, the League was a rich training ground for stars of the future and returns to allow the current crop of would be riders to make the jump from training schools to National League.

Teams will meet twice home and away and matches will be run over the six heat and four rider per team format, with the action following full team meetings, with the exception of Lakeside who will run before their main matches.

BSPA Vice Chairman Jon Cook explained: “The Anglian League provided a rich vein of talent in days gone by and we hope to do the same again. It’s tough for riders to break into league racing and this venture will fill the gap between training and the National League and give riders a competitive environment in which to develop. Leagues of this kind already operate in the Midlands and Northern sectors and it’s the aim of the BSPA to increase activities of this kind as we work towards an organised programme to take young Brits from their first tentative laps right the way through to the National team,”

As also Co Promoter of the Lakeside Hammers Cook added with his Hammers’ hat on: “This is really excellent news for the Club. It’s part of what we are working towards with our training schools and will give fans some great pre-match entertainment at the majority of our senior meetings to boot. We will be looking out for riders at our training school in March and it’s likely that the first Young Hammers team will see action on our open night of Friday 23rd March.”