Ash is back at The Raceway 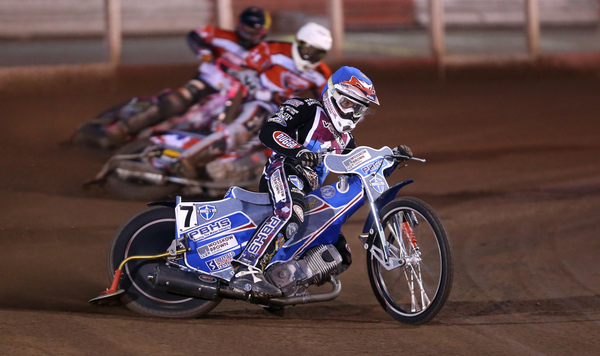 The Vortex Lakeside Hammers have recalled the in-form Ashley Birks to the side in place of the injury plagued Steve Boxall. It follows a string of terrific performances from Birks and fewer fixture clashes with his Sheffield commitments, the reason he initially dropped out of the Essex side.

Subject to BSPA approval, Ashley will make his return this Friday when the Vortex Hammers return to action at the Arena Essex Raceway against the King’s Lynn Stars.

“It’s the right time for Ash and us to get reacquainted.  He was a popular member of the team at the start of the season, his form is revitalised now and it’s the perfect time to come back in. Former Hammer Colin White will be helping him in the pits on the night and this should give us back an edge which we have missed.

My thanks to Stevie Boxall for his efforts, which were blighted badly by a shoulder injury. Whilst he would be happy to ride through the pain barrier, and did for us, now is not the time. When fit, we hope he will take the one remaining home clash for Ash.”