Away match at King’s Lynn is off 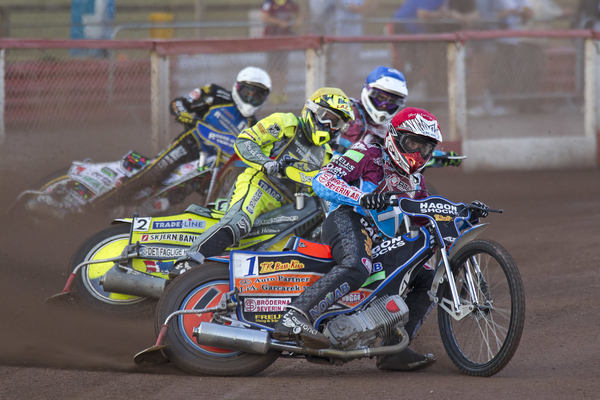 The Vortex Hammers were advised late this afternoon (Tuesday) that their Sky Sports Elite League match away against the King’s Lynn Stars tomorrow, Wednesday 31st July, has been called off.
The Official King’s Lynn website explains the reason for this postponement stating:
“The King’s Lynn ‘Roger Warnes Transport’ Stars will not host the Lakeside Hammers tomorrow due to electrical problems at the Norfolk Arena. A thunderstorm during a private function at the Saddlebow Road stadium across the weekend blew a host of appliances, including lights on the back straight. Electricians were working up until about 5.30pm today to rectify the problem but owner Buster Chapman decided to postpone the fixture after they failed to find a solution.”
Buster Chapman said: “I decided to err on the side of caution as something’s been blown underneath the track. I couldn’t take the risk of waiting until tomorrow, letting everybody start travelling here, and possibly not finding what was wrong. We’re probably going to have to dig the track too. The best decision was to call it off early on health and safety grounds and cancel the night’s event.”
A rescheduled date will now have to be found for the fixture between Lynn, sixth, and fourth-placed Lakeside Hammers, both of whom harbour play-off ambitions.