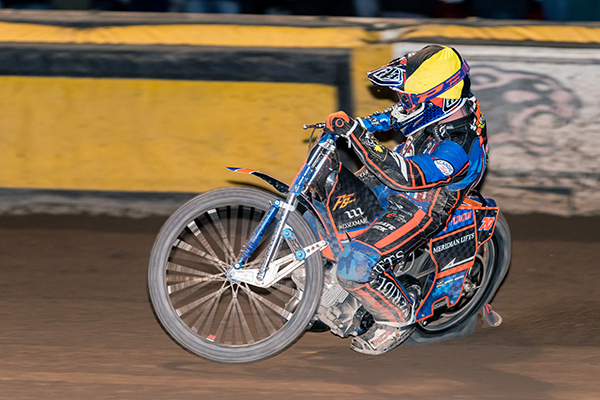 Lakeside boss Will Pottinger has urged his side to keep enjoying themselves as they head to Berwick on Saturday (7pm).

The Hammers have enjoyed a stunning start to their campaign to secure top spot in their Championship Shield group and will now search for more league points.

They will be without Adam Ellis due to a European Championship qualifier – but Pottinger reckons they can still come away with a win with Ulrich Ostergaard called up to guest.

Said Pottinger: “With the way we’re going, everyone is having fun and looking forward to meetings so we’re hoping to keep that going this weekend.

Berwick had a good win last weekend so they’re going to have a lot of confidence, but we’re looking to pick up where we left off.”

“We unfortunately will be without Adam Ellis which is a blow, but we’ve got Ulrich Ostergaard in who I’m sure will do a good job.

It’s a long trip but we want to come back with another win under our belts and I believe we’re more than capable of doing that.”

Alfie Bowtell takes his place in the side despite suffering rib injuries at Mildenhall last weekend.

Lakeside are next at The Arena Essex Raceway  on Friday 4th May, when they face Ipswich Witches in the Knock Out Cup, with a big crowd expected.

« Grab a pit board by May 11th! » Team change for Berwick clash