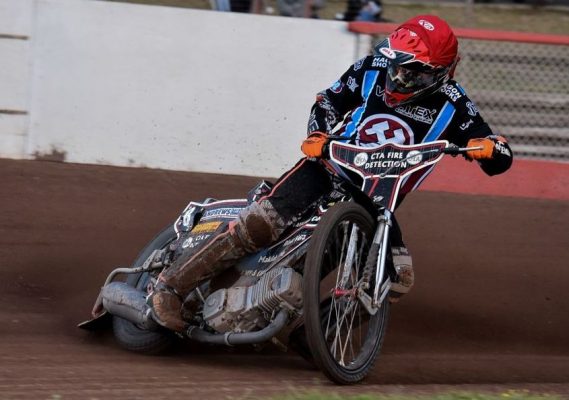 The Vortex Hammers have moved squad member Ben Morley into their starting line-up for the remainder of the season.

Morley, 22, comes into the Vortex Hammers side as a replacement for Robert Mear after he suffered a fractured shoulder blade in a grasstrack crash at the weekend.

The popular youngster has made just one appearance for Lakeside this season but has put in some encouraging performances for Premier League side Rye House.

Morley has developed a liking for the Arena-Essex Raceway circuit in the past – and co-promoter Jon Cook hopes he can make the most of his top flight opportunity in the closing weeks of the season.

Said Cook: “Ben is hugely popular at the raceway, and he rides the track particularly well as we’ve seen in the past.

“He’s been a member of a squad but only featured once, so we’re pleased to be able to give him an opportunity over rest of the season.

“Obviously we wish Robert a speedy recovery, and in the meantime we hope Ben can step in and do a good job for us at reserve.”

Morley and the Vortex Hammers will head to King’s Lynn for a crucial encounter on Thursday (7.30) before hosting the Stars at the Arena-Essex Raceway on Friday (8pm).