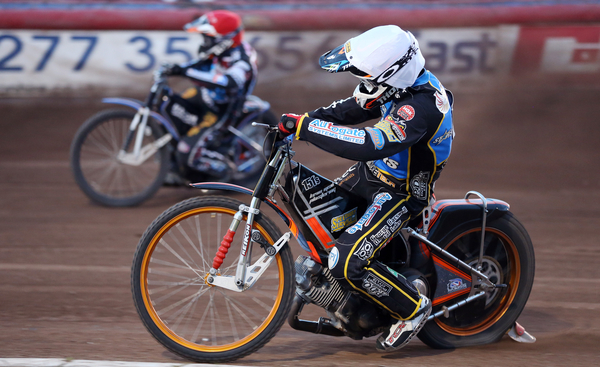 The Vortex Hammers are hoping that the FIM will release Richard Lawson and Lewis Bridger from their standby reserve positions at Berwick for Monday’s rescheduling of the Grand Prix Qualifying Round, which was postponed on Saturday evening, after requests from both riders.

Should the FIM not allow their release then the Club have booked King’s Lynn Captain Rory Schlein and Hammers asset Stuart Robson to guest in their place for the Vortex Hammers away Elite League match at Belle Vue.

The Vortex Hammers prospective team is:-