Big Weekend for The Hammers 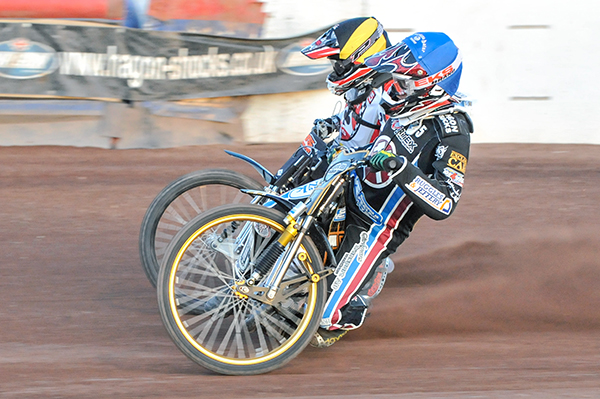 Lakeside are gearing up for a mouth-watering Saturday night meeting at the Arena-Essex Raceway to cap off a hectic two days this weekend.

The Vortex Hammers will host Coventry in a blockbuster encounter at Purfleet this Saturday (first race 7.45pm) – just 24 hours after taking on the Bees at Brandon (7.30pm)

It promises to be a huge two days for the high-flying Essex outfit as they kick-off a busy spell after over a fortnight away from the track.However, team coach Kelvin Tatum – who won two British League titles with the Bees – is relishing two huge meetings against his former club.

Although he is expecting them to face a tough test, he is desperate to add to their Elite League points tally at Brandon before maintaining their perfect home record on Saturday night.

Tatum said: “It’s good to be back in action after a couple of weeks away but they boys have certainly been spending plenty of time on the bike during that break whether it be in a competitive or practice capacity.

We’ll be making the trip to Brandon looking to hopefully come back with at least a point, then we are keen to maintain our wonderful home run on Saturday night, which really has been brilliant so far. It’s not going to be easy, so we will be looking to get off to a positive start to give ourselves something to build on.”

The Hammers will be at full strength for both meetings, with inspirational skipper Andreas Jonsson leading the charge against his former side.

He is replaced by Adam Roynon at Brandon whilst Leigh Lanham steps into the No.4 spot at the Arena-Essex Raceway.

Tweet
« Richard through to final » Tough night for The Hammers