Bikes are back with #Rico Classic 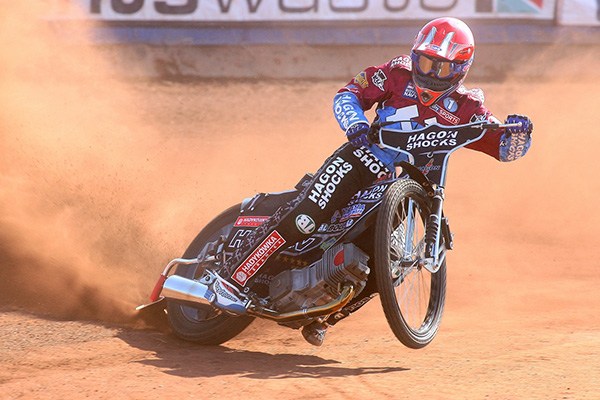 Hammers boss Will Pottinger is predicting a close contest for the Lee Richardson Spring Classic at Arena Essex on Friday (8pm).

The season opener has attracted plenty of interest with World Cup stars Nick Morris and Steve Worrall set to lock horns in a meeting which remembers one of Lakeside’s all-time greats.

Richardson died in 2012 after a track crash in Poland and is sadly missed by everyone in the sport and the club are pleased to dedicate their first meeting of the season to his memory.

Said Pottinger: “Lee was a brilliant rider and I always enjoyed watching him race, it’s good for Lakeside to stage this meeting.

“There’s some great racing in prospect, the line-up is exciting and it’s nice for all the Hammers to be featured.

“I think the race for the trophy will be brilliant and I’m sure the fans will turn out in force to see the new team in action alongside some great riders from around the country.”

American international Gino Mazares makes a welcome return to British racing this season and is included in the field along with former Hammers favourite Edward Kennett.

And Max Clegg, the man snapped up by Hammers chiefs in the winter only to be cruelly robbed of a team spot by a mistake with the averages, has also accepted an invitation to appear.

The meeting features 12 riders over 15 heats with a Grand Final to decide the winner.

A photo opportunity will take place (currently scheduled between 6.45pm and 7pm on the pits bend) for Hammers fans to get snaps of the team and their favourite riders prior to the first heat of the #Rico Spring Classic, whilst the Hagon Academy will also be taking to the track with junior heats ahead of the main individual event.

Gates open at 6pm with the pits open to all until 7pm.

7 years and under free

Tweet
« One week until tapes up! » Morris wins Rico Classic