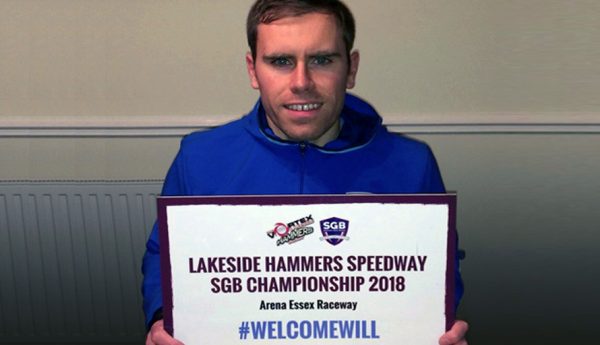 Lakeside are delighted to announce Will Pottinger will take over as team manager of the club in 2018.

The Vortex Hammers are preparing for an exciting year after moving up into the SGB Championship and Pottinger is set to lead their powerful side into the second tier.

With other commitments leading Kelvin Tatum to relinquish the role, Cradley boss Pottinger has accepted the job.

It is a big step for the 30-year-old, who has enjoyed remarkable success with the Heathens in the National League but is now set to test himself at a higher level. He will, however, remain with the Heathens for their National Trophy campaign.

With an attractive side already pieced together by club bosses, he can’t wait to get started at the Arena-Essex Raceway.

“It’s a great privilege to be asked by Lakeside to manage their team, so it’s something I’m really looking forward to,” Pottinger said.

“I helped Lakeside out on three occasions last season, managing them when Kelvin Tatum was unavailable, and I obviously made an impression which has led to this opportunity.

It’s nice to be asked to take on a job in the Championship, and although it’s going to be a challenge I’d like to think I’m ready for it.

Lakeside have put a very strong side together, and I’ve dealt most of the riders at some time or another.

I imagine there won’t be too much bedding in time for me which is good, and I’m looking forward to getting started.”