Comments from Jon Cook on the BSPA AGM 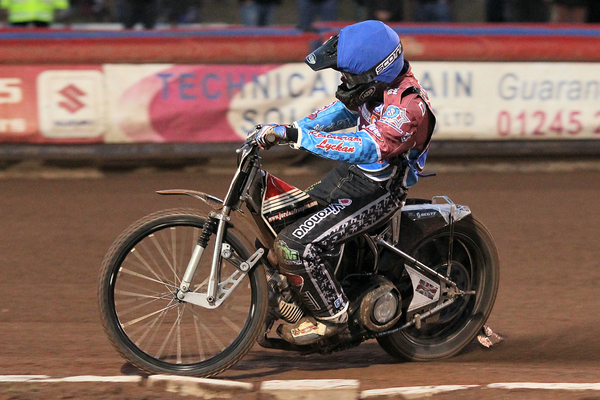 Vortex Hammers Co-promoter Jon Cook and team manager Neil Vatcher returned from the sports AGM pleased with the result of the three days of discussions.

“We are very pleased, it’s like a return to the days of old with a really British League and it was very cool that Britain’s very own World Champion Tai Woffinden was the first person to give the thumbs up to Elite promoters decision to follow our Swedish & Polish League counterparts by including two British youngsters at 6 & 7 in all 2014 line ups.”

Woffinden was guest of honour at the closure of Saturdays session of discussions and was fittingly the first person outside of the sports promoters to hear the news that the top 20 young Brits selected by the GB senior & U21 team officials will be graded and allocated in a fast track programme, a move warmly welcomed by our very own World Champion.

Clubs will be allocated their riders at a draft meeting at the sports Rugby HQ early next month and there will be a change of race format to produce two reserve races. The Hammers expect the first rider they are allocated to be Adam Ellis who signed a full contract for the club at the end of the 2012 season.

The Sports top stars will remain in the Countries top league, led by Woffinden, with a points limit of 32 set for the top five riders.

There will be plenty of action for the youngsters to soak up as they remain eligible for all three leagues and, importantly, for fans wanting to enjoy a more regular fix of racing, clubs will now meet home and away twice increasing the league programme from 28 to 36 meetings culminating in the ever successful Play Offs.

The top league will remain at ten in number, but sees a change of membership with Leicester replacing Peterborough who have been withdrawn from the league and placed up for sale by its owners.

Further good news is on the horizon, as the sports broadcast partners GoSpeed confirmed to the sports leaders that they expect to confirm a new TV contract shortly.

Continued Cook “I know our fans will be absolutely delighted at our extended fixture list and season ticket prices will be announced Wednesday morning and I am looking forward to going into more details of the season ahead at our fans forum on Friday the 22nd of November at the Park Inn.

In the meantime Stuart and myself are working with Neil to inform this years team of our intentions, as well as target riders for what we hope will be a memorable year to come.”

For information regarding the Fans forum please click here