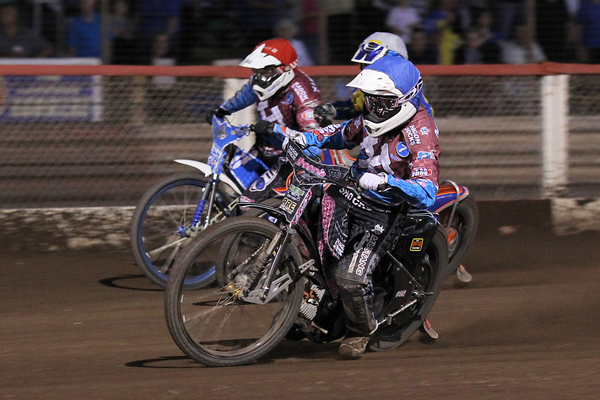 Following Monday nights away defeat at Coventry, Lakeside Co-promoter Jon Cook has ordered half of his team in for extra practise ahead of Friday’s crucial home meeting with Peterborough, where nothing short of a win will almost end the clubs Play-off hopes.  Meanwhile,  Swedish rider Jonas Davidsson could be unlikely to race for the club again this season, following a third consecutive meeting where he failed to beat an opponent, which has raised doubts as to his fitness.

Cook commented “We have two riders primed and ready to come in, but they can’t race until next week when they will know whether they are available for all our remaining fixtures. In the meanwhile we have to deliver on Friday against the Panthers, which has now become the most important meeting of the year.

I know our fans are rightly angry and frustrated,  but we need them to really get behind the boys this week in true Hammers style. Now is not the time to turn their backs, it’s the toughest year any club could face and this dramatic loss of form has come out of the blue.”

On Davidsson, Cook continued “clearly something is not right.  It’s only ten days since he scored 9pts for us at home against Birmingham and I have never seen anything like this for loss of form in my twenty years of promoting. He needs to get to the bottom of it and not be remembered in this way after volunteering his services to the club he loves, in our hour of need.”

The Hammers take on The Panthers this Friday at the Arena Essex Raceway, with a rider parade at 7.45 and first race scheduled for 8pm.  Tickets are available at the pay booths on the night, or can be purchased in advance via the clubs on-line ticket store.