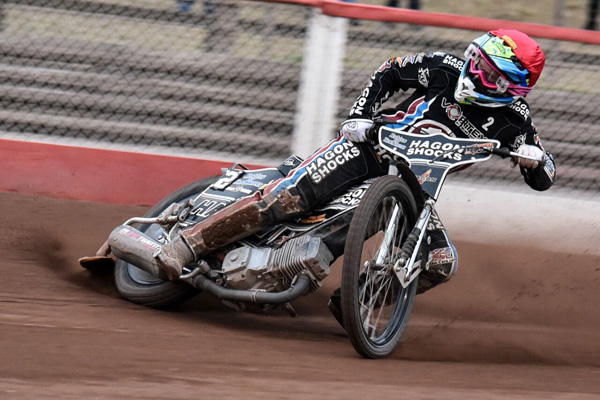 Lakeside head to Coventry looking to boost their play-off bid in their penultimate away meeting of the season on Friday (7.30).

The Vortex Hammers know time is running out to pick up some more points on the road as they travel to Brandon for a vital clash.

They will be without star skipper Andreas Jonsson due to the Gorzow Grand Prix of Poland, whilst Richard Lawson is riding for Premier League club Glasgow.

Reserve Robert Mear is nonetheless keen to step up to the plate and help them add to their Elite League points tally.

And he says the disappointment of narrowly missing out on a point at Wolverhampton on Monday will spur them on as they take on the Bees.

Said Mear: “We were gutted to come so close to a point at Wolverhampton, and it was probably a worse feeling than getting annihilated away from home.

“The play-offs is a big thing for any rider, it’s where we want to be so we have to pick up as many points as possible in our last few meetings.

“It’s going to be tough going to Coventry without AJ and Richard (Lawson), but hopefully we can all do our bit and come away with something.”

Former Coventry favourite Scott Nicholls will guest for Jonsson at No.1, whilst rider replacement will cover for Lawson at No.5.

The home side will be without Chris Harris due to the Grand Prix, although wildcard Krzysztof Kasprzak will skip practice in order to ride for the Bees.