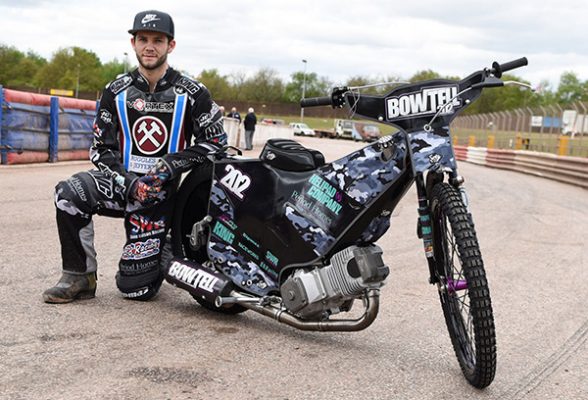 Hammers star Alfie Bowtell says his side need to turn their away fortunes around when they head to Plymouth on Friday (7.15).

The Vortex Hammers have won just one of their Travel Plus National League fixtures on the road this season and have lost their last three away from the Arena-Essex Raceway.

But two of those have seen the Purfleet outfit claim consolation league points in narrow defeats at Kent and Birmingham.

And Bowtell insists that’s the absolute minimum requirement on Friday.

“At home we’ve been as solid as everyone thought we would be,” he said.

“Away from home it’s been a different story though and we need to change that pretty quickly ideally.

“We know our play-off place isn’t guaranteed yet and we know we still need to add a few points to our total to give us a chance.

“We’ve got four meetings left to do that and we need to get at least a point at Plymouth – but preferably a win.

“It won’t be easy but we’ve got to go there and give it everything.”

With Zach Wajtknecht injured and Ben Morley once again on Premiership duty with Rye House, the Hammers have secured the services of former British Under-21 Champion Ben Wilson as well as Birmingham man Tom Bacon who scored 10+1 while guesting in the 44-33 home win over Mildenhall last week.