Draw for British U21 Final 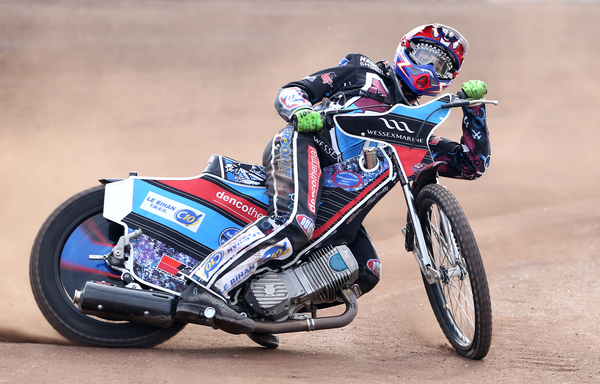 The draw has taken place for the British U21 Championship final. The showpiece event takes place on Tuesday April 14 at Coventry with a national title at stake as well as places in the World Under-21 qualifying series.

The Vortex Lakeside Hammers will be represented by Adam Ellis who was seeded straight to the final. The Fast Track reserve is drawn at number 13.  Hammers asset Marc Owen, who rides for Eastbourne in the National League, and qualified for the final on Sunday, is drawn at number 6, whilst Ben Morley who rode for the Hammers last year is drawn at 14.

The British Speedway Promoters’ Association has commissioned a special shield in memory of the former World Under-21 Champion and regular Great Britain international, who lost his life in a track crash in 2012.

The winner of the meeting will keep the shield for 12 months and will also receive a replica keepsake.

British Youth boss Neil Vatcher said: “After a tough semi-final at Mildenhall on Sunday on a track that caused some concern due to some real grippy patches in places, and there being a number of fallers, the meeting was eventually completed after three hours of racing, and it’s fair to say the nine qualifiers were all delighted to make it through to the Final.

“It’s an exciting line up with six Elite League riders competing along with five riders making their British Under 21 debuts.

“The title of British Champion is on the line with the favourites sure to be Elite League stars Robert Lambert and Kyle Howarth, along with reigning Under 21 Champion Josh Bates who will be defending his title, and current and former British Under 19 champions Oliver Greenwood and Stefan Nielsen –plus there is also the small matter of trying to grab one of the places for the FIM World Under 21 Semi Final which is being held at the end of May.”

Tweet
« Revenge for The Hammers » Hammers on the road