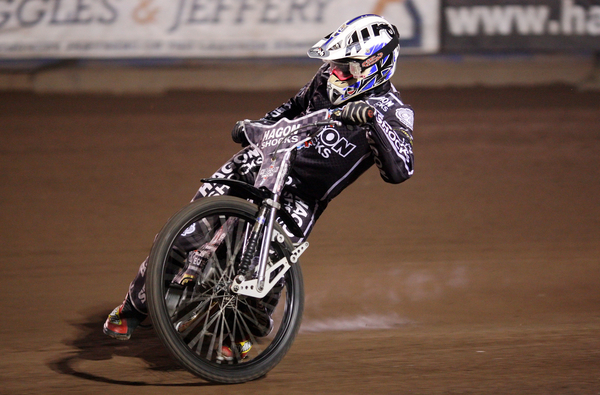 The action gets underway earlier than usual at 7pm at the Arena Essex Raceway this Friday, 20th March, with a National League Pairs event involving riders from local National League clubs Kent, King’s Lynn and Mildenhall along with a Young Hammers pairing.

This will be part of an action packed evening of twenty five heats of racing where all the profits raised will go to former Hammer Lee Ricardson’s widow and young family.

Representing the Young Hammers will be two Hammers assets in Jack Kingston and Marc Owen. The Kent King’s pairing will be Danny Ayres and Danno Verge. King’s Lynn Young Stars will be represented by Scott Campos and Tom Stokes whilst the Mildenhall Fen Tigers will have the two Connors, Connor Coles and Connor Mountain.

There will be a series of six heats between the pairing whereby each team will meet each other team once with the top two scoring teams then going into a Grand Final.

After this event the main event will start at 8pm involving the 2015 Vortex Hammers against a Lee’s All Stars team, which includes five former Hammers riders Justin Sedgmen, Ben Morley, Davey Watt, Richie Worrall and Kelvin Tatum, who returns to the track after a break of 10 years to honor the memory of Lee Richardson. The All Stars team is completed by regular Hammers visitors to the Raceway in Rory Schlein and Scott Nichols.

Between heats of the main event four youngsters from the Hagon Shocks Academy will take part in three demonstration races to complete the full evening of entertainment.

The gates for early arrivals will open at 5.30pm and tickets will be available on the night or may be purchased in advance via the Next Meeting image on the Homepage of the Hammers website.  Those purchasing tickets in advance will have the opportunity of watching some of the Pairs event from the Centre Green.

Admission prices for this event are:

Children under the age of seven – Free if accompanied by a paying adult.

Proof of age or status may be asked for at point of entry.

A full colour programme will be on sale for £3.

Tweet
« Hammers Lift off! » Hammers all set for Friday