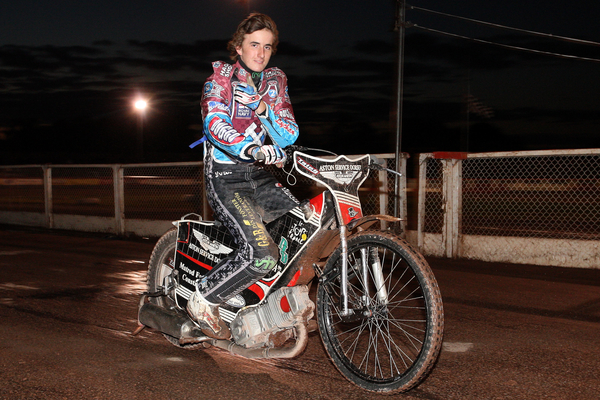 THE BSPA has now confirm the list of 23 riders who will be eligible for top-flight racing in 2014 under the all-new Fast Track scheme.

Each of the ten Elite League clubs will track two of the country’s best youngsters, who have progressed through the National League, at reserve in 2014.

All 23 riders have given signed confirmation that they wish to take part in the scheme and are therefore eligible for the draft, with picks to be made at the BSPA offices on Tuesday December 3 with all ten promoters/team managers in attendance.

The riders have also agreed they will be available to represent Team GB for a minimum of five years, meaning they cannot compete in any other national championship.

Great Britain Youth coach Phil Morris has put together the draft format, which is designed to be fair to all clubs and also provides a tactical element to the selections.

The 23 riders have been ranked based on experience and averages previously attained, and the four riders in the top ten who are assets of Elite League clubs will initially be offered to those clubs as their first picks.

These riders are: Lewis Kerr (King’s Lynn), Kyle Newman (Poole), Adam Ellis (Lakeside) and Ashley Morris (Wolverhampton). Should these riders not be selected by their parent clubs, they will return to the draft and be available to other clubs.

Selections from the list of remaining available riders will then commence in reverse order from the Elite League’s 2013 finishing positions, including the play-offs. Coventry will therefore receive the first pick, followed by Belle Vue, Eastbourne, Leicester (who are deemed to have taken the place of Peterborough), Lakeside, King’s Lynn, Wolverhampton, Swindon, Birmingham and Poole.

Clubs who have already selected their own asset at this stage will not make a selection, and there is no requirement to select a rider from the top ten.

There will be thirteen riders remaining for the second round of selections, and first pick at this stage will be given to the club which selected the lowest-ranked rider in the first round.

As an example, should the first round of selections result in the top ten riders in the list being allocated, the club picking the tenth-placed rider, Tom Perry, would then receive first pick in the second round. Selections continue in reverse order based on the rankings from the first round.

Morris said: “This scheme has been designed to be fair to all clubs, and the way it will work means everyone has an equal chance and we should see some very well-matched combinations at Nos. 6 and 7.

“There were some riders who understandably are not able to take part in the scheme at this stage for reasons such as work commitments, and along with the three riders who do not get places in the initial draft we will be putting together a stand-by list for use during the season.

“Should a rider be absent from a meeting, his team will be able to select any available lower-ranked rider as a guest.”