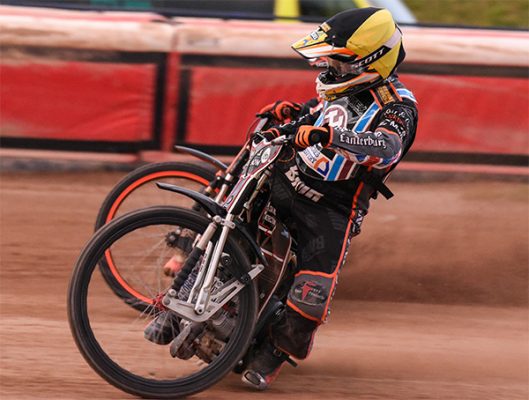 Lakeside boss Kelvin Tatum has urged his side to “find that little bit extra” as they head to Mildenhall on Sunday (3pm).

The Vortex Hammers fell agonisingly short of an away victory at Kent last Monday, eventually going down 45-44 at Central Park.

They nonetheless remain third in the Travel Plus National League table and right in contention for a play-off place.

But Tatum is desperate to bolster their bid with a strong showing at West Row against a Fen Tigers side who suffered their first home defeat of the campaign last week.

“We’ve got to believe we can go there and get a result,” Tatum said.

“We’ve come extremely close on a number of occasions away from home, and we’ll go there with a positive attitude hoping to find that little bit extra to get a win.

“We’ve got a couple of guests in so we aren’t quite at full strength, but we’ve got to make sure we come away with at least a point and hopefully more.”

Lakeside have drafted in experienced duo Jake Knight and Luke Priest as guests, whilst Mildenhall are yet to confirm who will fill in at reserve alongside Danno Verge.

Details of the West Row stadium can be found here: