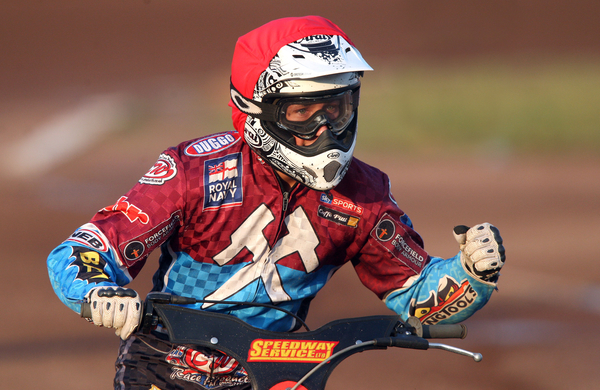 Nelson joins belatedly after being injured twenty four hours before his planned debut earlier this summer. Now fully fit and in great form it’s hoped his arrival will boost the Club’s hopes of holding on to their top four position in the table.

Co-promoter Jon Cook explained: “Speedway’s transfer window closed last night and we left it late as Tyson wasn’t available for our last home meeting and we wanted to give Kev first stab at his former home track. Tyson is both one for the future and a rider who can contribute now to our efforts and we welcome him to the Hammers.

Having ended up with four of our six riders in the medical room on Wednesday evening up at King’s Lynn no one should be in any doubt that the team is giving it their all to extend our season.”

It has since been confirmed by his Premier League club Leicester that Kevin Doolan also broke a rib in his fall at the Norfolk Arena last night. All at the Hammers wish him a speedy recovery.

The next action for the Vortex Hammers will be the live Sky Sports match away at fellow Play Off hopefuls, the Poole Pirates, next Monday, 2nd September, and that will be followed by a quick return to Norfolk to take on the King’s Lynn Stars again on Wednesday 4th September.”. 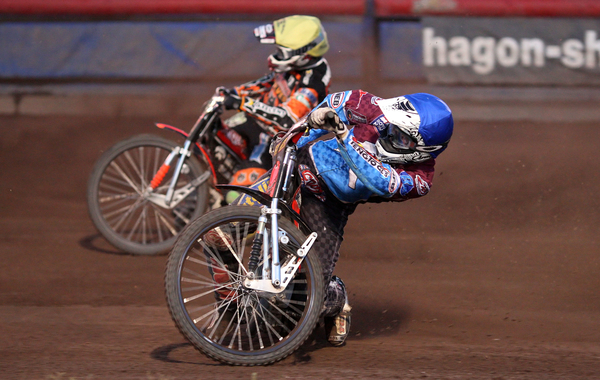