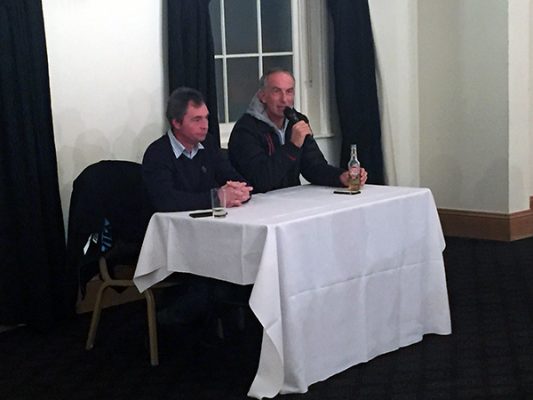 Hammers bosses Jon Cook and Kelvin Tatum sent their thanks to Hammers fans for a great turn out at the Fans forum which took place at the Orsett Hall hotel tonight.  The pair answered a wide range of questions, before new Hammers signing George Hunter was interviewed by Kelvin about the season ahead.

Cook commented “Both Kelvin and I were delighted to see such a great turn out on a cold Thursday evening.  It’s always good to answer questions in a forum environment, and it was great to feel the positivity in the room, which all those involved in the club share as we enter a new experience with the club.” 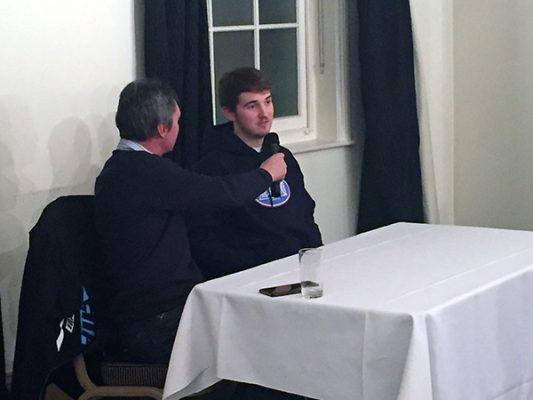 The Hammers would like to send their thanks to the Orsett Hall hotel for hosting the event. 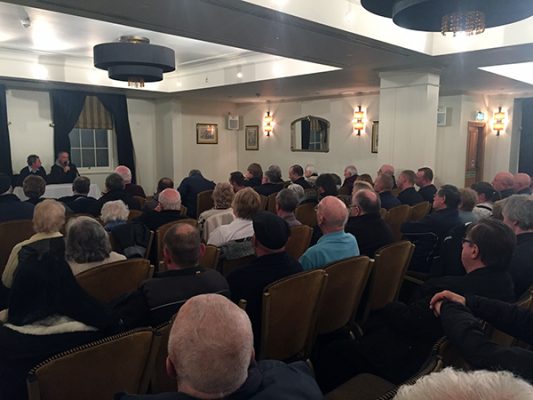