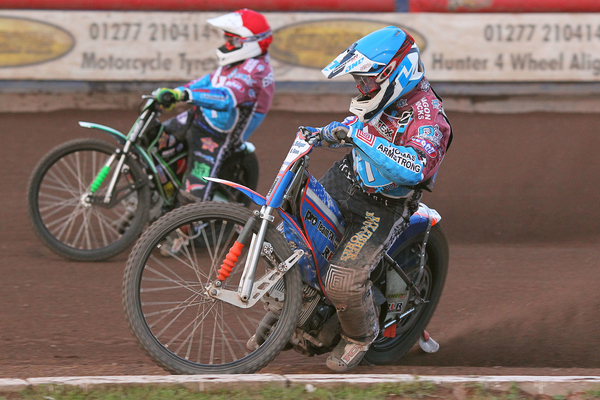 Temperatures on track are likely to match those off it when the Vortex Lakeside Hammers clash with Play Off rivals the Swindon Robins at the Arena Essex Raceway this Friday, 12th July.

Both teams are chasing a top four finish in the League table and further spice is added to the meeting with the home side including Tai Woffinden, who is the League’s top rider on present form,  Britain’s Number One and currently second in the 2013 Grand Prix Series, as a replacement for the injured Peter Karlsson.

The Vortex Hammers Co promoter Jon Cook commented: “This is our chance for revenge against the only team to beat us at home this season and, of course, keep our challenge going.

Tai’s inclusion for his first appearance at the Raceway this year helps fill the void left by PK (Peter Karlsson) and Davey Watt (who will be on World Cup duty with Australia) and with all riders able to take an additional ride plus the return of Richard Lawson I think this has the makings of the meeting of the season”.

With the weather set fair fans are reminded that the Club’s ‘Kids for a Quid’ policy covers this meeting for children up to and including the age of sixteen.

The teams for Friday are (in alphabetical order):

The action gets underway with the parade of riders at 7.50pm followed by the first of the fifteen heats at 8pm. Tickets are available on the night at the paybooths or in advance via the Club’s website.