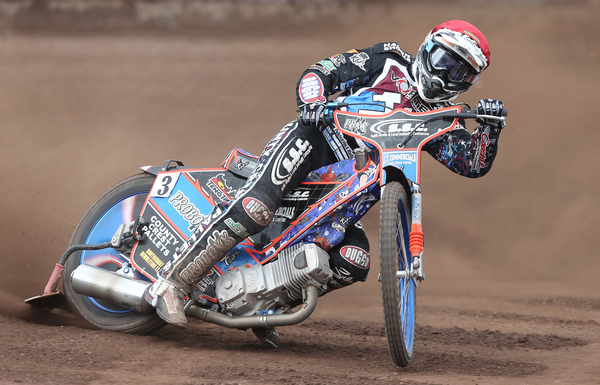 Thursday morning 11.45 update. Tonight’s Elite League clash against Swindon has been postponed due to the weather.

The Abbey Stadium circuit is already very wet, and with the prospect of further rain to come throughout the day an early decision has been taken in order to prevent unnecessary inconvenience.

A new date for the fixture will be confirmed once it has been agreed by the clubs.

The Vortex Lakeside Hammers continue their quest for Elite League points tonight, when they head to Wiltshire to take on The Swindon Robins at The Abbey Stadium.

The Hammers will be at full strength for the meeting, with skipper Davey Watt recovering from the hand injury that forced him to retire from the meeting after one ride at Monday nights away defeat at Coventry.

The usual Friday Race night then returns the following day when the Hammers take on The Wolverhampton Wolves at The Raceway.