Game on as The Hammers take on The Pirates 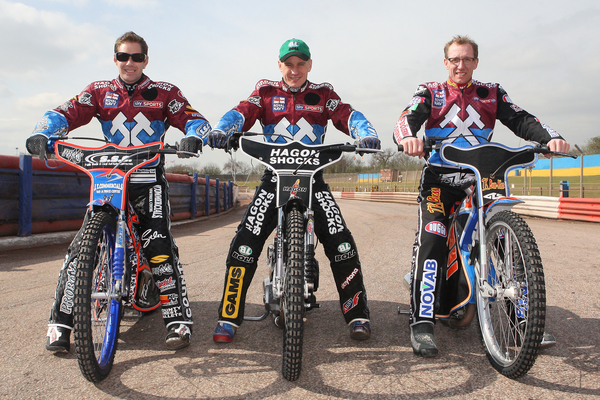 The Lakeside Hammers return to action at the Arena Essex Raceway this Friday evening, 4th May, in style with a mouth-watering clash with the Poole Pirates.

That means a first visit of the year to Essex for Speedway’s hottest duo, Australians Chris Holder and Darcy Ward, and a very tough challenge for the home side, who currently sit top of the Sky Sports Elite League table.

The meeting will be the first at the Hammers home since Good Friday and Hammers Co Promoter Jon Cook is understandably excited about the prospects of Friday’s action. He commented: “We are all going stir crazy with the lack of racing so to have a dry forecast from the afternoon onwards is a huge relief. To have the Pirates in town, and particularly Darcy (Ward) and Chris (Holder), as we return to racing is a tough challenge but also a real pleasure as the pair are pure box office. Our team wants to test itself against the very best. It’s very early days yet and no League is won or lost this early in the season but we will know a lot more about our chances come late Friday night”.

With Finn Kauko Nieminen due to be racing for his Premier League club, Leicester, down at Somerset on Friday it will be the turn of Stuart Robson to take the ‘double up’ position and he will be joined by his fellow Newcastle Diamonds rider Richie Worrall.

Young Richie will be making his Hammers home debut following his match winning performance for the Hammers away at Belle Vue last month. As the new monthly averages are now in place Kim Nilsson and Robert Mear swap positions and will see Kim up in the top five for the first time. The Essex club’s top three of Peter Karlsson, Davey Watt and Lee Richardson complete the side that will be looking to extend their early season unbeaten run of four matches.

The Poole Pirates, who are the reigning Elite League Champions, in addition to their top Aussies Chris Holder and Darcy Ward, include former Hammer Ricky Kling plus his Swedish compatriots Ludvig Lindgren and Dennis Andersson in their side along with young British rider Kyle Howarth and Pole Adrian Miedzinski. Howarth has already been seen by the Hammers supporters this season as he rode for the Essex based Club in the two matches against Eastbourne on Good Friday. He made a good impression with the fans with two good performances.

The Elite League action is due to get underway on Friday at 8pm, but prior to that, at 6.45pm, the Young Hammers are scheduled to meet the Mildenhall Tiger Cubs in an Anglian Junior League match.