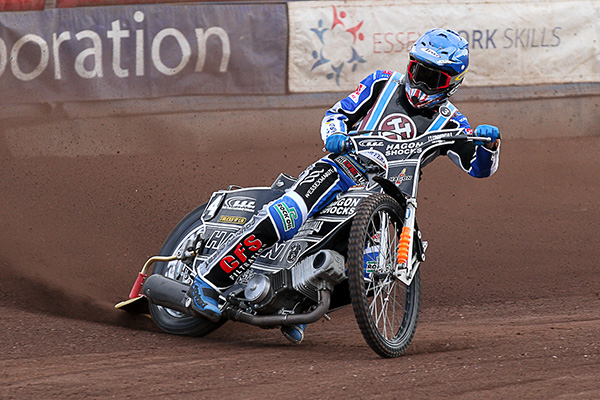 Lakeside are gearing up for a blockbuster Good Friday as they face home and away clashes with Ipswich.

The Hammers will travel to Foxhall in Championship Shield action at 2.15pm before dashing back down to the Arena-Essex Raceway for the return fixture at 8pm.

After putting in a determined display in a 46-44 defeat at Peterborough last weekend, team boss Will Pottinger believes they are well-placed heading into a hectic day.

And he is targeting at least four points from two meetings against a strong Witches’ side with a home win the main priority.

“It’s been good so far, and we’ve had some really encouraging performances from the lads in the first couple of meetings,” Pottinger said.

“It should be a good day of racing against Ipswich. It’s important that we can get some more points on the board, look to win our home meeting and if we can come away from Ipswich with something as well we’d be delighted.

“Ipswich have again put together a very competitive side. There isn’t a lot to separate the sides, we just need to use our home track advantage.”

Both sides are at full strength, with Ipswich including former British Champion Danny King and experienced Australian racer Rory Schlein.