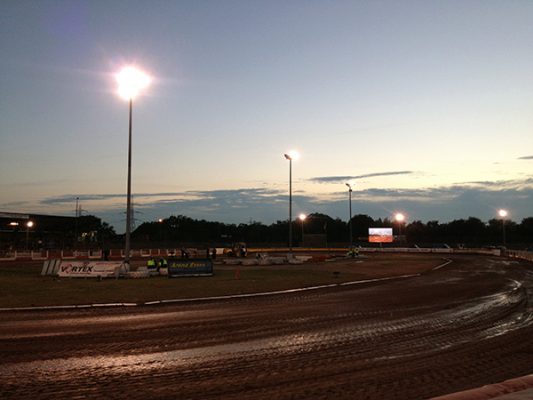 Lakeside Hammers Speedway WILL race into the 2017 season after reaching agreement with the Arena Essex Raceway for the sport to continue at the popular venue.

The news ends weeks of uncertainty for anxious Hammers fans and once again speedway will feature as part of a busy motorsport calendar at the Raceway.

Now club officials Kelvin Tatum and Jon Cook are ready to travel to the British Speedway Promoters’ Association offices next Tuesday where they are expected to join the National League and renew rivalry with the Eastbourne Eagles and take on new derby rivals Kent Kings.

Said Cook: “We’re pleased to be in a position to get this news out now and we’ll hosting a public meeting for fans early in January at the Raceway Tavern.”

Tatum, meanwhile, said: “I’m excited about this next episode in the club’s history and I’m looking forward to working with enthusiastic young riders.

“We want to help them develop into future stars and after Tuesday we will be pressing ahead with team plans as we look forward to this new challenge.”

The club are expected to announce two signings before Tuesday with deals already in place and a full press release will be issued.