Hammers aim to get back on track 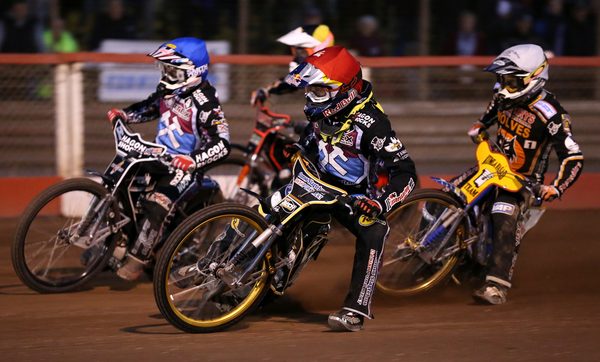 The Vortex Hammers aim to get their season back on track on Friday, when the high flying Coventry Bees are in town.

The Midlands team, who have former Hammers Joonas Kylmakorpi, Stuart Robson and Danny King in their side, currently lead the Elite League table by seven points.  The Bee’s reserve James Sarjeant remains on the sidelines following a crash at Glasgow last Sunday.

The Hammers meanwhile will be looking to make amends for last Fridays last heat loss against Wolverhampton.

Vice captain Richard Lawson returns for the Hammers, whilst Freddie Lindgren, the Wolves number 1, guests for skipper Andreas Jonsson who is still a week or so away from a return to action. Steve Boxall will face a morning fitness test to decide whether he can take his place at reserve, following his recent shoulder injury.

The meeting parade starts at 7.45pm, with the first race scheduled for 8pm. Tickets are available either at the gate on the night, or via the on-line ticket shop which can be accessed via the front page of the Hammers site.