Hammers aim to tame The Lions 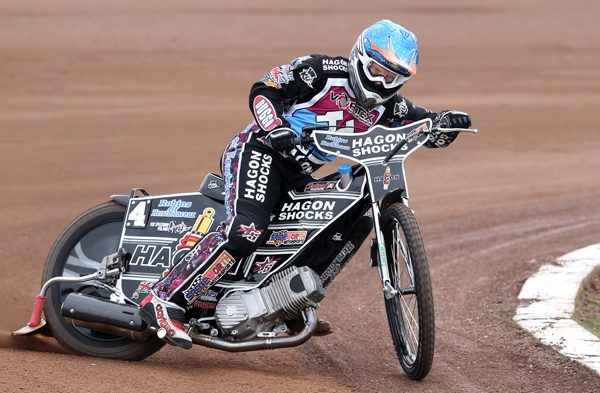 It’s time for Elite League action this Friday (27th March) as The Vortex Lakeside Hammers begin their 2015 League campaign with the Leicester Lions the visitors to the Arena Essex Raceway.

The Lions will be led by newly crowned Elite League Riders Champion Jason Doyle, who took victory at on his home track last Saturday.  Former Eastbourne Eagle Bjarne Pedersen, who moved to the Midlands based team provides the second heat leader spot, whilst former Hammer Grzegorz Walasek, who rode for Arena Essex in 2004, completes the top three.

The Lions bring in Raceway specialist Ben Barker for Mikkel Michelsen, who suffered a foot injury in the Lions recent away challenge meeting against Coventry.  Completing the Lions top five, and making his debut at the Raceway, is twenty-one year old Polish rider Szymon Wozniak.  Josh Auty will provide strong opposition at reserve for the Lions, with Simon Lambert filling the second Fast Track position.

The Hammers will be at full strength, with new Hammers Edward Kennett and Ashley Birks both making their Elite League debuts for the club.  Ahead of the Lions meeting and following on the successful Remembering #Rico meeting at The Raceway last Friday, Hammers Co-Promoter Jon Cook commented:

“Last Friday’s meeting saw a fantastic crowd to remember Lee. Now it’s time to get down to the serious business of getting some Elite League points on the board.  Following practice last Wednesday, Press and Practice along with the Spring Classic, all the boys have had a good number of laps around the Raceway, and are looking to kick off the campaign with a positive start”

The meeting starts with the parade from 7.45pm, with the first race scheduled for 8pm. Advance tickets are available via the Next Meeting button on the Hammers homepage, or at The Raceway on the night.