Hammers back on track 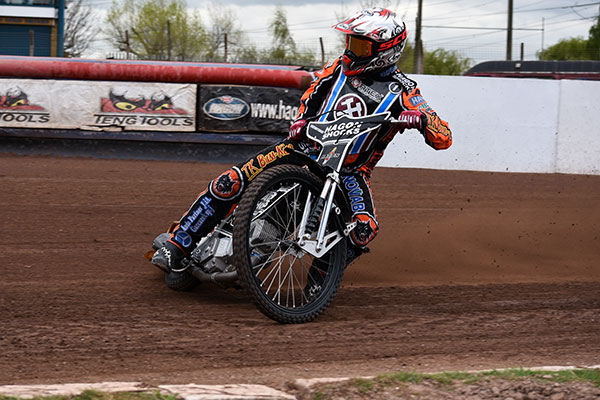 Lakeside got their play-off bid back on track with a comfortable 57-32 home victory over Stoke.

Following a disappointing defeat at Plymouth on Friday, ironically of the same scoreline, the Vortex Hammers returned to winning ways to ensure they ended the regular Travel Plus National League campaign with an immaculate home record.

The Purfleet side have claimed maximum points from their ten home fixtures and have sent all of their opponents home with nothing to show for their efforts.

And another dominant Raceway display against the Potters saw the hosts secure 14 of the 15 heat wins as the Hammers moved back up into third place in the league table.

Paul Hurry bagged a full four ride maximum while the returning Ben Morley and guest No.1 Luke Bowen both raced to paid maximums, much to the delight of team manager Kelvin Tatum.

“Luke proved to be a smashing guest,” Tatum said.

“He’s a reliable performer at this level, he was terrific for us today and he actually broke the National League track record in Heat One too.

“It was great to have Ben back in the side today and he was his usual solid self and Paul had another great afternoon as well so the heat-leaders were in no mood for messing once again.

“It was a pretty solid team performance overall and it means we end our home fixtures unbeaten which was always going to be important we felt.

“We’ve now got two away meetings left and if we could win one of those at either Eastbourne or Buxton then that would boost our hopes of a play-off place.”

The Hammers are next in action when they travel to Eastbourne on Saturday (7pm) who currently occupy second place in the league standings.