Hammers back on track – tonights meeting is on 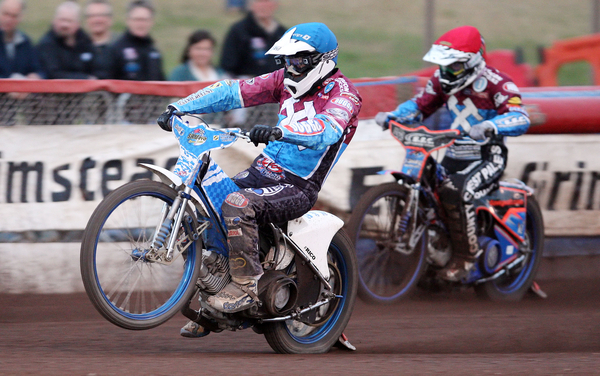 4.30 update: Tonight’s meeting is ON. The track has missed the showers in the area this afternoon. 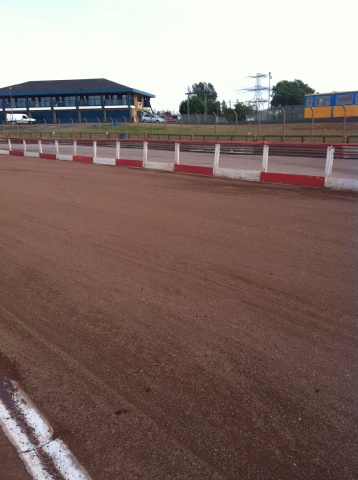 The Lakeside Hammers return to Friday night action this Friday, 20th July, as track specialists, the Wolverhampton Wolves, visit the Arena Essex Raceway in a meeting sponsored by Skidmarques, the tyre and alignment specialists from Brentwood, Essex.

The Hammers Co Promoter Jon Cook commented: “In Lindgren and Woffinden Wolverhampton have probably the toughest top two pairing at our Raceway other than Poole’s Holder and Ward and with Wolves having a track similar to ours this meeting looks like one that will go down to the wire.”

In addition to their top two of Lindgren and Woffinden Wolves will include their new signings Matej Kus from the Czech Republic and Swede Jacob Thorssell alongside former Ipswich Polish rider Robert Miskowiak, American Ricky Wells and Australian Ty Proctor in their side. Friday will be the first time that Kus and Thorssell would have raced at the Hammers Essex based Raceway.

The Hammers give a belated 2012 home debut to their Swedish star Jonas Davidsson and it will be the first home meeting with Kauko Nieminen at reserve. The Hammers will be led by Davey Watt following him being part of the Australian side that were in the Final of the recent Speedway World Cup along with Swede Peter Karlsson, who for many years rode for the Wolves. Completing the Hammers line up will be Robert Mear, who will be competing in the British Final to be staged at Wolverhampton at the end of this month, Swede Kim Nilsson and Australian Justin Sedgmen.

This Friday will see the only home meeting for the Club in July as next week, Friday 27th July, has been left empty to avoid the Olympic Opening Ceremony but from then on it’s a summer holiday of Speedway action for fans with action every Friday during August at the Arena Essex Raceway and a return of the ‘Kids for a Quid’ entrance fee.

Full details of the Lakeside Hammers forthcoming fixtures for August may be seen by visiting the Club’s website at www.lakesidehammers.co

Friday Speedway action gets underway at the Arena Essex Raceway at 8pm. Admission prices are £17 for adults, £14 for Senior Citizens, Students and Disabled, £12 for Unemployed and 17 and 18 year olds and children aged 6 to 16 inclusive just £1 with children under the age of six admitted free of charge provided they are accompanied by a paying adult. Proof of age or status may be requested.

All tickets may be purchased on the night of the matches but, alternatively, tickets are also available in the week leading up to specific matches online via the Club’s website.

Tweet
« Action packed August! » Hammers back with a bang