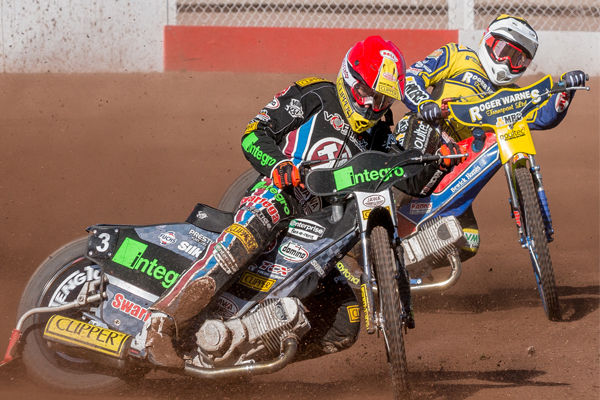 Wednesday 9.15AM Update:  The Hammers will see a switch at reserve tonight, with Ben Morley coming in for Lewis Kerr who is unwell.

Lakeside have moved to bring in teenage sensation Robert Lambert for their rearranged play-off trip to Manchester on Wednesday.

The Vortex Hammers had originally lined up Coventry man Chris Harris to cover for the injured Andreas Jonsson in the planned staging on Monday – but with Great Britain World Cup ace Lambert now available they have snapped him up.

Boss Jon Cook said: “We’re pleased to have secured the services of Robert for this meeting, he is one of the most exciting young riders in the world and he is flying an engine over from Germany especially.

“He’s in with a chance of winning the World Under-21 title and he won a silver medal with GB in the World Cup.

He was unavailable on Monday but now he is available for the new date we will take him to Belle Vue and the rain-off has made us that bit stronger in my view.

“It’s a tall order to overturn eight-points, but we will go there with a positive attitude and won’t give up.

“Here at the Vortex Hammers, we like to do things the right way and that’s why we have pushed the boat out to get Robert in – we are doing it for the pride of the club and the paying public in Manchester along with TV viewers.

“Hopefully we can give a good account of ourselves and, who knows, anything can happen in this sport!”

Belle Vue have swooped to book Patrick Hougaard instead of the unavailable Max Fricke, who is in the Swedish play-offs on the same night.