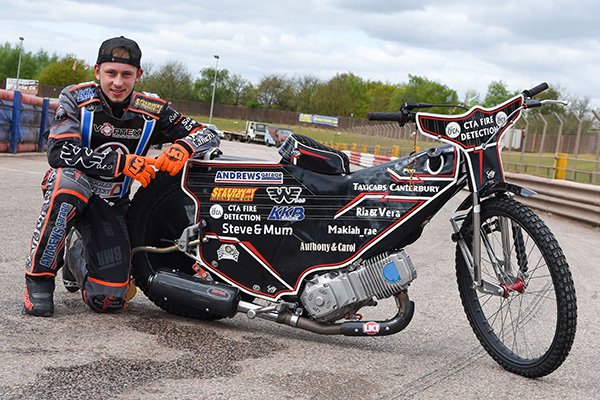 Lakeside picked up a fully deserved consolation league point from their 48-42 defeat at Cradley.

The Vortex Hammers kept it relatively close throughout at Monmore Green before falling ten points behind with just four races to spare.

However, two crucial heat advantages from club No.1 Ben Morley and guest Nathan Greaves in those final four races saw the Hammers leave the Midlands with something to show for their efforts.

Team manager Kelvin Tatum said: “The riders should be very proud of their efforts tonight and it’s yet another encouraging sign from the team.

“After keeping them very honest in the first half of the meeting, they began to pull away from us a bit.

“But we gathered round, got things back on track and I think we really piled the pressure on them towards the end.

“Who knows, if it hadn’t been for a few falls or a few little errors, it could have been even more, but we’d have certainly taken a point before the meeting so we’ve got to be happy.”

Morley and Greaves sealed five race wins between them while David Mason scored seven points, despite a nasty looking fall in heat ten.

Nick Laurence plugged away in his three rides while George Hunter endured a night to forget against the Heathens.

The Hammers are back in action this Friday (May 5) when they host an in-form Belle Vue Colts side at the Arena-Essex Raceway.