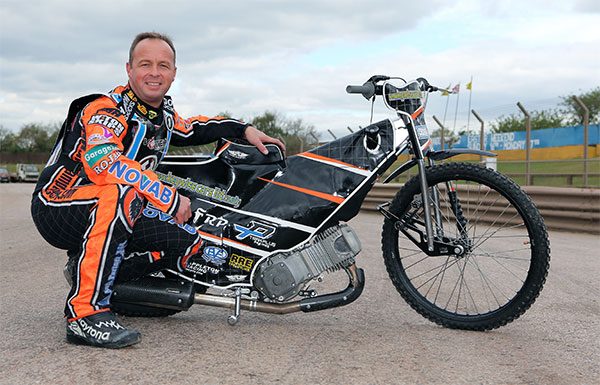 Lakeside will go ahead and include Paul Hurry in their team this weekend – despite objections from rival National League clubs.

Hurry’s average was established at 7.44 by league officials but this is set to rise in a dramatic twist to the saga.

But Vortex Hammers co-promoter Jon Cook insists the club will stick by their plan and include Hurry for Saturday’s trip to Stoke and the crunch home clash with Cradley on Sunday (3pm).

“Despite the best efforts of the rest of the league, Paul Hurry will be included in our team this weekend,” he said.

“I find it entirely regrettable and very disappointing that his average will now be adjusted after we established his figure with league officials even before the season started when we considered him for inclusion.”

Hurry will take his place as planned with Alex Spooner coming in as a guest for  George Hunter.

“We are confident Paul will do a good job for the team,” said Cook.

“Naturally we would love to get something on the road at Stoke but Sunday is huge for us.

We are looking to beat Cradley, but equally as important will be the response at the turnstiles.

It’s a Bank Holiday weekend and we have a Sunday afternoon fixture at the Raceway. It’s all set up perfectly.”

Tweet
« Hammers in a Hurry » Hammers head to Stoke