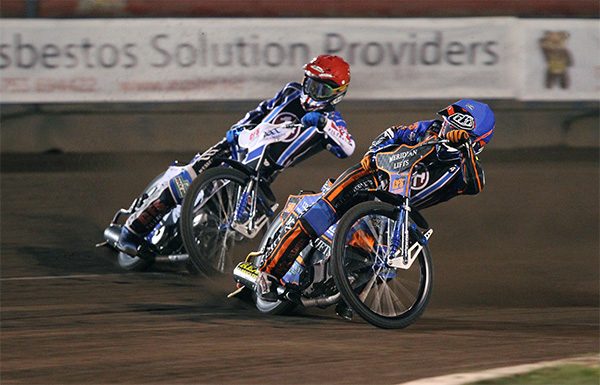 Brilliant Lakeside sent an early season message to their Championship rivals with a convincing 54-35 win over Ipswich at the Arena-Essex Raceway.

A fine all-around team showing saw Will Pottinger’s side account for 10 race wins with Richard Lawson and Adam Ellis both starring with double figures.

It was an excellent night for the Purfleet outfit – and Pottinger hailed his side for their classy display which gives them plenty of confidence ahead of a league opener at home to Redcar next Friday (8pm).

“We’re really happy,” Pottinger said. “It was a very solid performance from all seven riders. They all put in a good shift, we didn’t have many last places and there was a good mix of points from all areas of the side.

It’s a convincing win against a well-fancied Ipswich side, so I suppose that bodes well for us heading into the rest of the season.

It’s always important to win your home matches in every competition. We’ve got another three points and denied the opposition any, so we know if we can go to Ipswich and get a result we’ve got a good chance of progression now.“

We’re more than happy, and we’ve got our first league match at home next week which is a chance for us to build on this good start.”