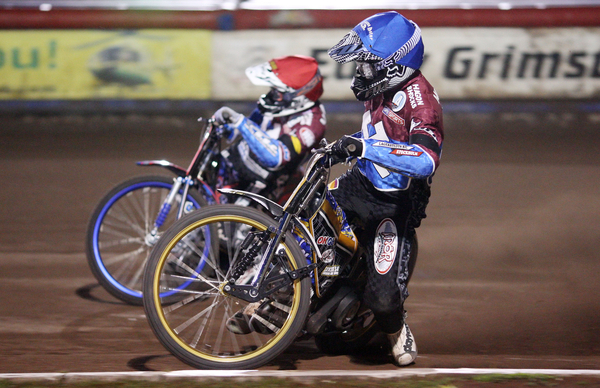 The Lakeside Hammers return to the Arena Essex Raceway next week for two crucial Elite League matches as the Club fights for a top four Play Off finish.

First up are the Swindon Robins, on Monday 18th June, making their second visit to Essex and now second favourites for Elite League success after the Poole Pirates.  Then it’s a timely return to Friday action for the Hammers as the King’s Lynn Stars head south from Norfolk on 22nd June.

The Hammers Co Promoter Jon cook commented: “We are excited about the week of Speedway and we need to target two wins to keep us on course”.

The Hammers Team Manager Neil Vatcher again prefers Kauko Nieminen to Stuart Robson in his team selection and for fans it will be the first chance to welcome Richie Worrall back to the Club after his qualification for the World Under 21 Finals.

The action gets underway on Monday against Swindon at 7.30pm with the match on Friday 22nd against King’s Lynn starting half an hour later at 8pm.

Admission for each meeting will be the usual prices of £17 for adults, £14 for Senior Citizens, Students and Disabled, £12 for Unemployed and 17 and 18 year olds and children aged 6 to 16 inclusive £3 with children under six free of charge provided they are accompanied by a paying adult. Proof of age or status may be requested. All tickets may be purchased on the night of the actual meeting from the pay booths but, alternatively, tickets for the Swindon match are currently available online via the Club’s website at www.lakesidehammers.co

Tonight the Hammers face a tricky away fixture against the Birmingham Brummies, with in form reserve Richie Worrall and Kauko Nieminen the Hammers doubling up riders.  Hammers team manager Neil Vatcher commented

“It’s been a while since we’ve raced competitively as a team, but all the boys are geared up for tonight to try and carry on our away league form. Perry Bar is an excellent track and it should be a close and exciting meeting”

The Hammers will now face Wolverhampton at home on Friday 20th July.  The previously scheduled meeting against Coventry on Saturday 21st July will now be rescheduled.

Tweet
« Hammers team up with Essex Eagles » No joy for Hammers