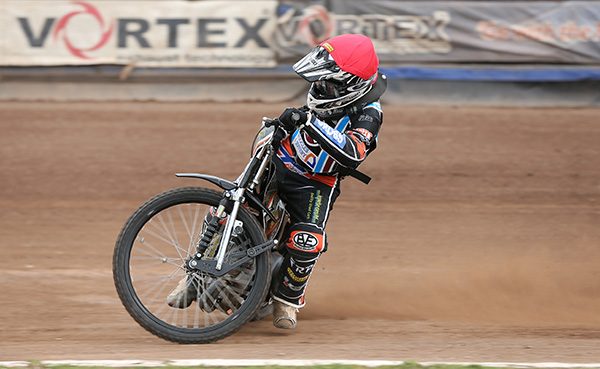 Bristol-based Wajtknecht, who is also racing for Premiership side Swindon this season, dropped just one point to an opposing rider over two meetings with Eastbourne on Good Friday.

Sadly for the Vortex Hammers, they didn’t have enough strength in depth to win the Lee Richardson Memorial Trophy despite a home win in the opening meeting of the season at the Arena-Essex Raceway which pulled in a bumper crowd.

The leading duo piled up a paid total of 58-points over the two meetings but Hammers missed out to a stronger lower Eagles order.

Said Wajtknecht: “For me to drop only one point over two meetings is very, very pleasing.

Ben was brilliant too, we scored a lot of points between us for the team and it’s a great way for me to start the National League season.

I’m fairly happy with my start to the season overall, now I have to keep it going.” 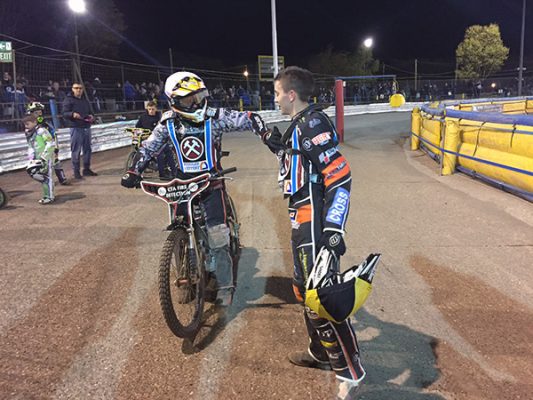 The Vortex Hammers go to Kent in more challenge action on Monday (3pm) before the return at Arena-Essex next Friday at 8pm.

Ben and Zach celebrate their heat 15 5-1 at Eastbourne