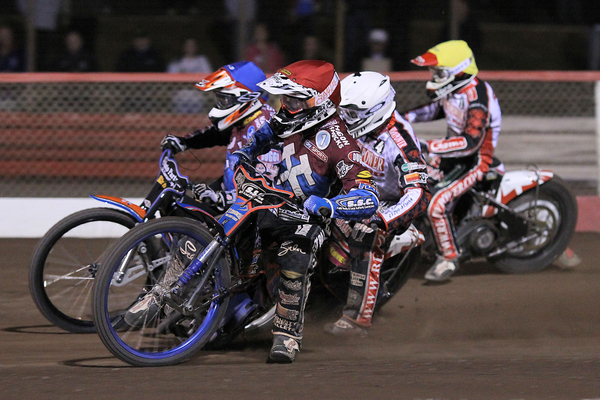 The Lakeside Hammers completed their Sky Sports Elite League campaign with an impressive victory by 12 points over Play Off rivals, the Peterborough Panthers, on Friday night at their Arena Essex Raceway home and must now wait for the Panthers and the Birmingham Brummies to complete their fixtures to see if the Essex based Club will remain in the top four in the table and, therefore, claim a place in the end of season Play Offs.

Before the meeting the entire staff of the Club joined the riders on parade to be thanked for their efforts over the tough season and both Peter Karlsson and Davey Watt revealed they would be returning in 2013.

The Hammers Co Promoter Jon Cook commented: “It was an emotional end to the regular season and no one is pretending that we aren’t pleased to see the back of it. Losing Lee (Richardson) is still so raw and I wanted to take the opportunity of thanking all of our staff for their terrific efforts under such tough circumstances. To see the riders spontaneously applauding the staff was terrific and it seemed to spur them on when racing began.”

The 52-40 victory over the Panthers puts the Hammers into fourth place in the table level on points with Birmingham, but behind them on the difference between race points scored and conceded, and two points ahead of fifth placed club, Peterborough. The Brummies have two home meetings remaining against the top two sides, Poole and Swindon whilst the Panthers have two away trips to Belle Vue and Coventry.