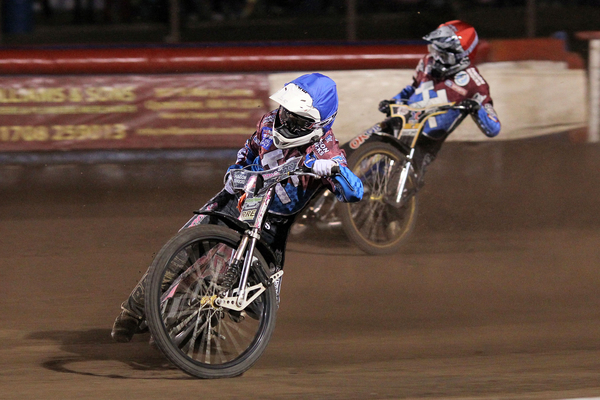 The Lakeside Hammers face a changed Peterborough Panthers side at the Arena Essex Raceway this Friday, 14th September, in a match that is vital to both club’s Play Off aspirations. The Panthers have made three changes to the team they originally announced for this important match.

Their Danish youngster Michael Jepsen Jensen’s rides will be covered by use of the ‘Rider Replacement’ facility as he will be in Poland preparing for a World Under 21 meeting. Their new Swedish signing Tomas H Jonasson is still injured following crashing in Poland last Sunday and his place will be taken by a guest in Patrick Hougaard, who rides for Elite League club Belle Vue.

Jason Bunyan, who shares a ‘Double Up’ position with Richard Lawson, has to ride for his Premier League club Rye House who have a League match away at Edinburgh the same evening. Lawson is also required to race for his Premier League side Workington who are away at Somerset. Wolverhampton rider Jacob Thorsell has been booked in by the Peterborough management as a guest to cover for these missing ‘Double Up’ riders. The remaining riders, their two Poles, Norbert Kosciuch and Krzysztof Buczkowski, Australian Ryan Sullivan and Swede Linus Sundstrom, remain from their initially declared side.

The action gets underway at the Arena Essex Raceway on Friday with the Grand Parade of riders at 7.45pm with the first of the 15 heats due to start at 8pm. For those fans who can arrive earlier there will be the final Anglian Junior League match of the season for the Young Hammers who will face Rye House over four heats. That will start at 7pm .

Admission prices are: £17 for adults, £14 for Senior Citizens, Students and Disabled, £12 for Unemployed and 17 and 18 year olds and children aged 6 to 16 inclusive £3 with children under the age of six admitted free of charge provided they are accompanied by a paying adult. Proof of age or status may be requested.