Hammers get down to business 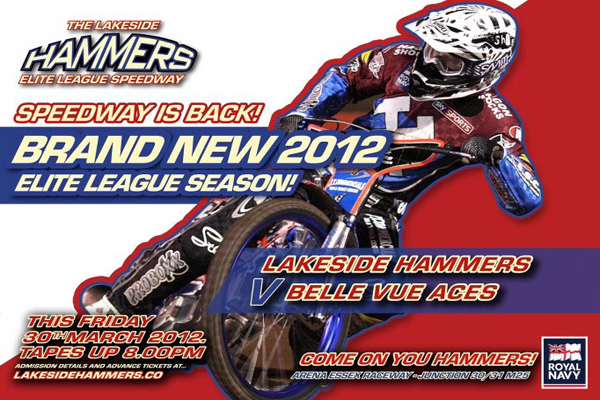 The waiting is almost over, as the 2012 Lakeside Hammers begin their Elite League campaign this coming Friday 30th March, with the visit of the Belle Vue Aces.  On the back of a successful Open Night, Hammers Co-Promoter Jon Cook commented:

“We’re finally ready to launch our season against the Aces in what I’m sure will be a highly competitive encounter.  There is a great air of anticipation around the place, probably more than any time since our very first meeting back in 2007.  The team spirit is very good, and all of the lads are determined to live up to the Hammers fans expectations.  Now it’s time to focus, get down to business, and get the season off to the best possible start. Roll on Friday.” 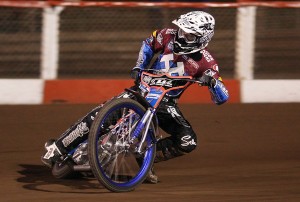 The Aces, who suffered defeat on the road in their first away fixture, are still waiting for confirmation of a work permit for their Australian signing Travis McGowan.  The full team will be announced prior to Friday, but the core of the Aces line up will be last season’s Elite League Riders Champion Rory Schlein, former Hammer Adam Shields,  Danish riders Patrick Hougaard and Charlie Gjedde with Swedish rider Linus Eklof at reserve.

The Hammers Co-Promoter Stuart Douglas added: “Just like the Hammers fans, I’m excited about what this Hammers team could achieve and I can’t wait for the action to start at the Raceway. The fantastic weather we’ve had this week looks set to continue until after the weekend, so Hammers fans will be able to enjoy a great nights racing hopefully without the sub-zero temperatures of starting the season in early March!”

The action starts at the Arena Essex Raceway with the pre-meeting parade beginning around 7.45pm with the first race at 8pm.  Fans are reminded that access to the pits is open up to 7.15pm.

Please note that proof of age or status may be asked for.
Programme – £2.50

Tickets are available on the night at the pay booths, or advance tickets can be bought via the Hammers online store, which is accessed by clicking the Next Meeting image on the Lakeside Hammers homepage at www.lakesidehammers.co

Tweet
« Hammers open the doors for the night.. » The Hammers are ready for action