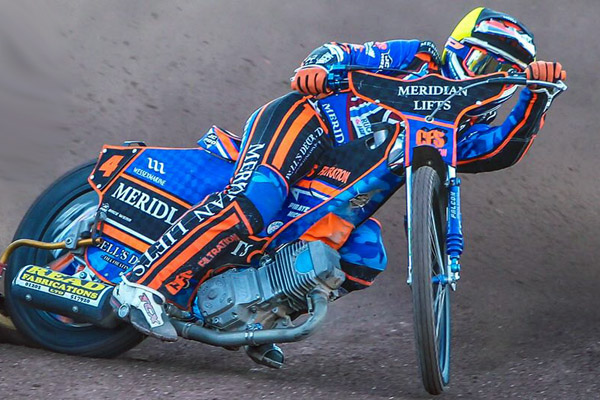 Lakeside’s busy weekend continues when they make the long trip north for a double-header at Workington tonight (6.30pm).

The Hammers first have to pull back a two-point deficit if they are to secure silverware in the Championship Shield, following their defeat on Friday at Hoddesdon.

And the teams will meet again immediately after in the one remaining Championship fixture required to complete this season’s league table.

The match is a re-staging as the initial encounter in August had to be abandoned following the horrific Heat 3 crash which ended the season for the Comets’ Dan Bewley and also meant Kyle Newman had time out for the Hammers.

Second place in the final standings is up for grabs as the winners will overhaul Glasgow, and a superior points difference means a draw would be enough for the Hammers to move above their hosts and the Tigers.

But that will be far from easy as the Comets boast a 100 per cent home record in the Championship – although three visiting sides did return from Derwent Park with a league point to show for their efforts, and both Berwick and Glasgow managed draws in the group stages of the Shield, which made the Comets’ progression to the Final all the more remarkable.

Lakeside are at full strength whilst Workington are set to be without Ty Proctor due to the hand injury he picked up in the first leg.

Hammers boss Will Pottinger said: “It was a tough night on Friday but thanks to the fans for their support.

“We now face the long trip to Workington and I’m certain the boys will give it their all.

There’s lots to go for over this weekend and we’re determined to achieve as much as possible.

“There’s a real determination in the camp and we need to show some character now.”