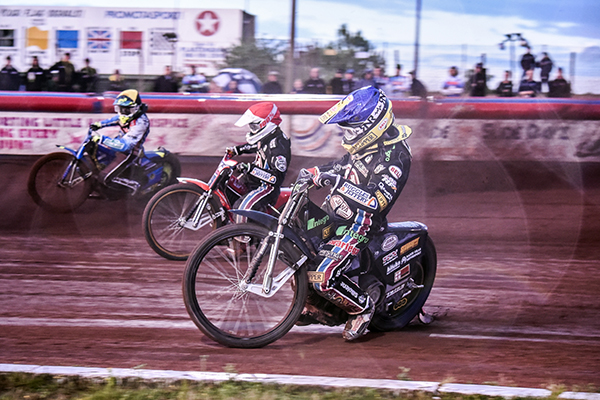 Lakeside coach Kelvin Tatum has called on his side to issue a strong response when they take on Poole at Wimborne Road on Wednesday (7.30).

The Vortex Hammers slumped to a shock home defeat against the Pirates at the Arena-Essex Raceway last time out – but Tatum is keen to see them bounce back.

He knows they will face a stern test against a powerhouse Poole side who have been in fine form on home shale. However, he hopes they will put their recent Purfleet disappointment behind them to add to their Elite League points tally.

Tatum said: “We were obviously bitterly disappointed with the result at home last week, and although Poole will be very strong and red-hot favourites I’d like to think we’ll see a reaction.

“For the majority of the meeting we competed quite well on our first visit to Wimborne Road, so we’ll go there with clear minds and if we could come away with something that would be fantastic.”

They have drafted in Charles Wright and Paul Starke to guest for Adam Ellis and Kyle Newman respectively. Meanwhile, the Vortex Hammers will travel to Dorset at full strength.