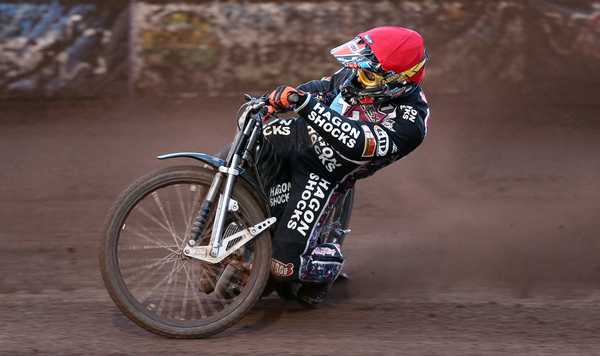 The Vortex Lakeside Hammers will be looking to continue their recent run of form when they travel to the Adrian Flux Arena in Norfolk tonight (25th June), to take on the King’s Lynn Stars.  The Stars in return, will be looking to revenge the 50-39 defeat they suffered at the Arena Essex Raceway last Friday.

The meeting will see the Star’s new signing Vaclav Milik, in for the injured Rory Schlein, make his debut at number 5, whilst the Hammers make two changes from the side that comfortably beat Wolverhampton Wolves at The Raceway on Monday night in front of the Sky Sports cameras.

The Essex team will operate Rider Replacement for high flying Swede Kim Nilsson, who is riding in a Swedish fixture, meaning all of the Hammers will be able to take one of his rides.  At Fast track reserve, Carl Wilkinson, who scored 7 points in the recent British Final, comes in for Ashley Birks who is riding for his Premiere League team Sheffield.

Gates at the Adrian Flux Arena open at 6pm on Thursday with the parade taking place at 7:30pm.