Hammers head to the Showground 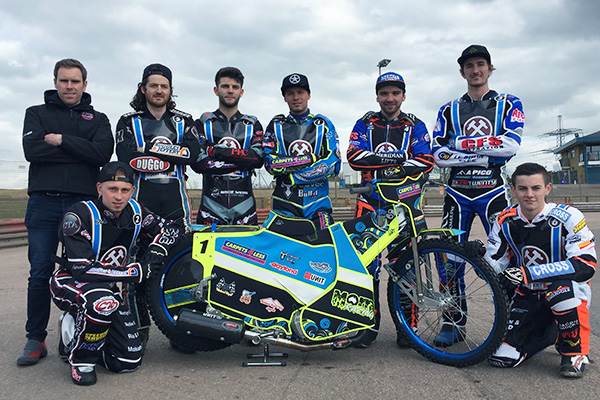 Lakeside Hammers boss Will Pottinger is backing his team to get their season off to a strong start as they head to Peterborough in the SGB Championship Shield on Sunday (7pm).

The Vortex Hammers got their first run out of the season and showed plenty of positive signs as all seven riders took part in the Lee Richardson Spring Classic at Purfleet on Friday. And new manager Pottinger reckons they are well-placed to hit the ground running as they face a tough test at the East of England Arena.

“We’re looking forward to getting started and I think we are quietly confident about getting a result,” Pottinger said.

“Everyone did well on Friday so there is plenty of reason for optimism. Peterborough are a good side and are usually strong around their home track, but I think we are capable of giving them a run for their money.

The three Swindon riders in our team have all had three meetings now, and everyone else had plenty of track time on Friday.

“At this stage of the season it’s about getting everyone up to speed, and we’ll hopefully get off to a good start to show what we can do.”