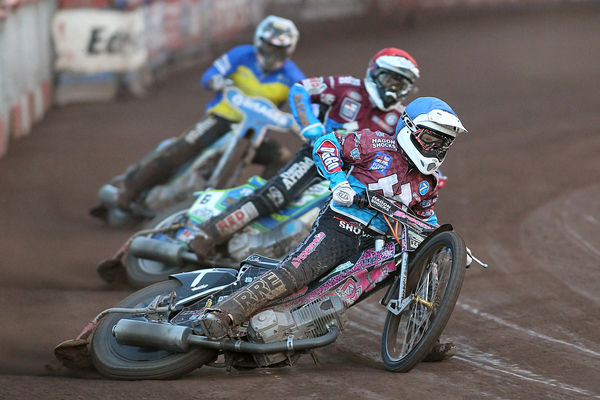 The Lakeside Hammers return to the road tomorrow night, when they travel to the East of England Showground to take on fellow play-off contenders the Peterborough Panthers.

With heat leader Peter Karlsson, fellow Hammers Kim Nilsson and Kauko Nieminen all competing in the Swedish play-offs, and with doubling up rider Stuart Robson riding for his Premier League side Newcastle, the Essex club are forced into a series of changes which will see  British Champion Scott Nicholls, former Panther Lasse Bjerre and former Elite League rider Ryan Fisher come into the side.

Hammers Co-promoter Jon Cook commented “Obviously we are only taking this date along with next weeks visit to Swindon because there are no other options due to the record wet summer causing so many rain offs, and the need to race before the cut off date on the 19th of September.  We have picked guests for the visit to Peterborough who should do as well or better than those they replace, and both Scott and Ryan will also ride for us next week on the 13th of September at Swindon, a date the BSPA have insisted we undertake”

The Hammers return to home action next Monday the 10th of September,  with the visit of the Coventry Bees. The popular Kids for a Quid promotion continues for what is a vital meeting for the Hammers play -off aspirations. with the action starting at the slightly earlier time of 7.30pm